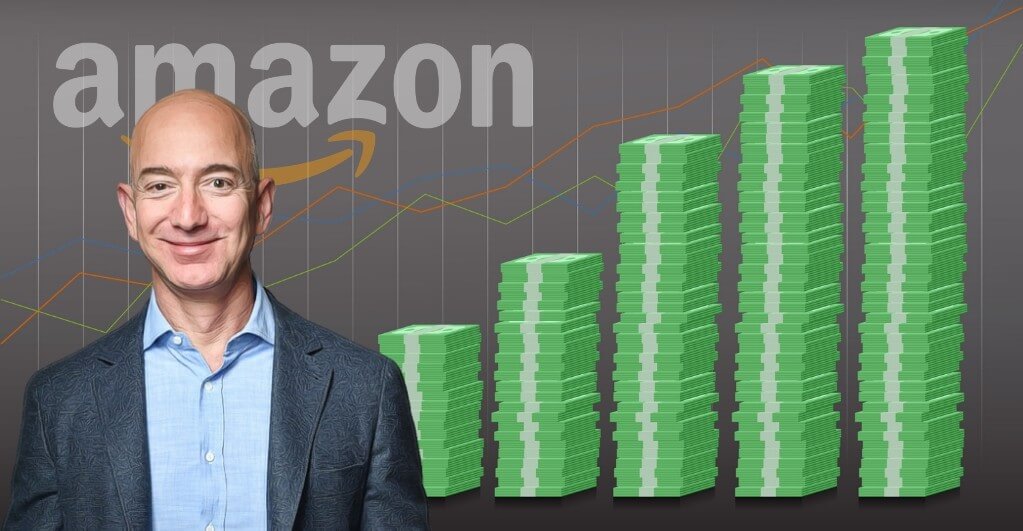 Jeff Bezos beats his own net worth with another surge in his earnings. That’s right. This happened as the shares of Amazon took a surge of at least 12% to reach $2,100 at around 4:16 pm for extended trading in New York.

The earnings of the fourth-quarter have also reported having smashed the estimations of  Wall Street. Jeff Bezos thereafter added another $13.2 billion in his horde of money within a span of minutes.

Being already the richest person in the world, his net worth jumped to around $129.5 billion now, as per the data from a media company’s Billionaires Index.

His closely coupled ownership for the accounts of Blue Origin amounts to at least $6 billion. With the latest surge that took place on Thursday, another $90 billion have been added to the market value of Amazon taking it over $1 trillion now.

The surge is reportedly attributed to the holiday sales that recently happened further fueled by the last-minute binge shopping due to the new one-day free shipping feature. Amazon hence has also become a huge investor in logistics as a prime member’s one-day shipping, instead of 2-day shipping brought in more money. It speculated spending of at least $1.5 billion in the fourth quarter alone into logistics.

Prime membership continues to get better for customers year after year. And customers are responding — more people joined Prime this quarter than ever before, and we now have over 150 million paid Prime members around the world,

says Bezos in a statement.

While the CFO, Olsavsky, said in a news report,

We are getting more efficient, both in our transportation and delivery methods and also in our warehouses.

The news is overwhelming for MacKenzie Bezos, his ex-wife, too because she has ownership of around 4% of the company based in Seattle. She now comes 24th in the list of world’s wealthiest people with a net worth of $37.1 billion.

Maria McLeod worked as a content writer for 6 years at a well-known firm. She started her career as a freelance content writer and now leads our team of content writers. She mainly focuses on finance news-stories.
Previous Post Will NEO Coin Manage to Deal with Ongoing Volatility?
Next Post UK’s exit from the EU to boost ties: Indian businesses