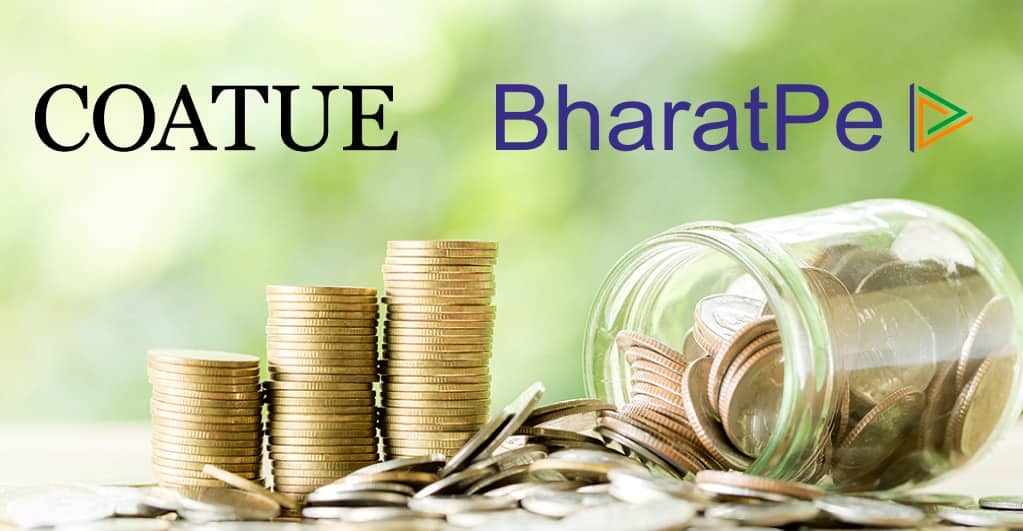 BharatPe, the Indian digital payment startup company, backed by Sequoia Capital, and founded by Shashvat Nakrani and Ashneer Grover in the year 2018, is all set to raise around 100 million dollars from three new investors. It includes the US-based investors Tiger Global Management and Ribbit Capital and New York-based hedge fund Coatue Management. As per reports, Coatue Management will be leading the funding round of BharatPe. However, apart from the new investors, the existing investors, Steadview Capital and Insight Partners will also be participating in the funding round of BharatPe, which is all set to be completed by the end of this month.

This is the first-ever achievement in the history of an Indian startup firm in the Series B funding rounds. As such, the latest funding is expected to be almost double the expected valuation of BharatPe, amounting to $500 million. In fact, BharatPe came forward with this decision of funding when large FinTech firms like Amazon, PhonePe, PayTm and GooglePay are all set to reign the offline merchant base by including other value-added services to the payment platforms.

Regarding this funding round, Ashneer Grover, the CEO and co-founder of BharatPe, commented,

Commitment for at least 75 million dollars has come for BharatPe but the round could get stretched to 100 million dollars as a total of five new investors have held talks with the company.

We are the fourth largest UPI player in the country despite not being on the consumer side of the business. This is significant considering Paytm, Google and Walmart have each put billions of dollars while we haven’t even invested $30 million to get where we are.

However, none of the investors were available to comment on the latest news of fundraising.

Olivia Moton is a financial analyst and loves dealing with numeric values and charts. She helps our team to deal with various forex price analysis articles. In her free time, she enjoys solving puzzles.
Previous Post Japan Reveals its Intentions to Launch a Digital Currency
Next Post USD Gets Strengthened as AUD & Yuan Weaken Due to Coronavirus Concerns