Vatican Event Forms a Base for the Global Compact on Education 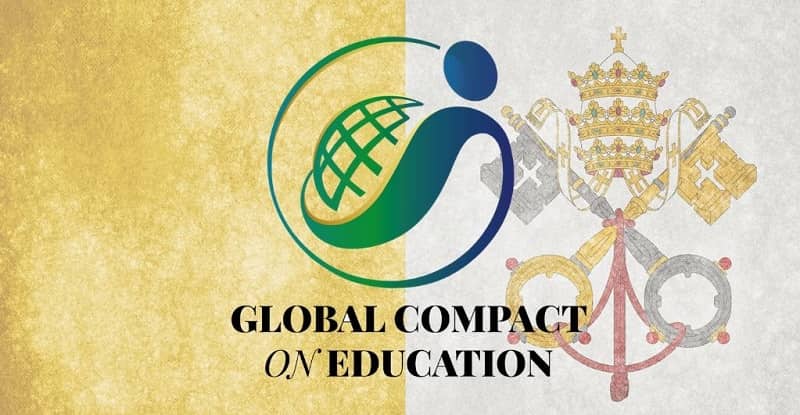 An event in the Vatican makes way for a bigger purpose planned for the upcoming spring. The global event strives to construct an alliance worldwide for a prosperous future of humanity and its habitat.

Education-based Global Compact is an undertaking that is facilitated by the Vatican along with Pope Francis. The party has sent invitations to global leaders international and humanitarian institutes, religions, along with the branch representatives of civil society. They all will be persuaded to shape humanity’s future by appointing mature people to withstand the division as well as care for the planet.

The event will happen in the Vatican on May 14th, 2020. The invitation was issued by Pope in September 2018 in a note that said:

Never before has there been such need to unite our efforts in a broad educational alliance, to form mature individuals capable of overcoming division and antagonism, and to restore the fabric of relationships for the sake of more fraternal humanity.

After the event ends, a line of theme-based seminars, as well as workshops, will be conducted linked to humanitarian rights, inter-religious interaction, peacebuilding, and issues related to educational pacts.

The event is set to take place on an encyclical’s 5th anniversary known by the name “Laudato Sì.” The Social sciences Pontifical Academy is conducting these around 6th and 7th of February with the title, “Education – The Global Compact.”

The panel has a diverse composition of members, which includes men as well as women engaged in all education levels across developed as well as developing countries. The event will discuss ways of making public schools education more human, unbiased, engaging and fun, and customized to suit disparate requirements of nations and societies worldwide.

It also gauges the technological accessibility to children and engages the ones who right now don’t have opportunities to learn and cater to the consequences of thriving inequality along with unbridled education climatic change. It will also endeavor to construct some tools to backfire the repercussions of inequalities and ignorance.

Pope explains the event as an educational treaty that will foster investments for talent development of all, awareness and a surge of responsibility for humanity’s common good, beginning with the younger generation.

Archbishop Angelo Vincenzo Zani is in charge of the event. He is the Secretary for the Congregation of Catholic Education. He explains that the event is not only an opportunity to raise awareness but also to give value to the existing institutions that are doing good for the world.

It will also mark the starting point for setting out along with experiencing the objectives that can initiate fresh projects to promote coexistence models providing alternatives to the ones who have poor human values and hope prospects.

Maria McLeod worked as a content writer for 6 years at a well-known firm. She started her career as a freelance content writer and now leads our team of content writers. She mainly focuses on finance news-stories.
Previous Post TRON’s Bullish Run Takes the Price to $0.02329
Next Post Uber and Lyft are Taking Contradictory Paths to Achieve Wider Profits