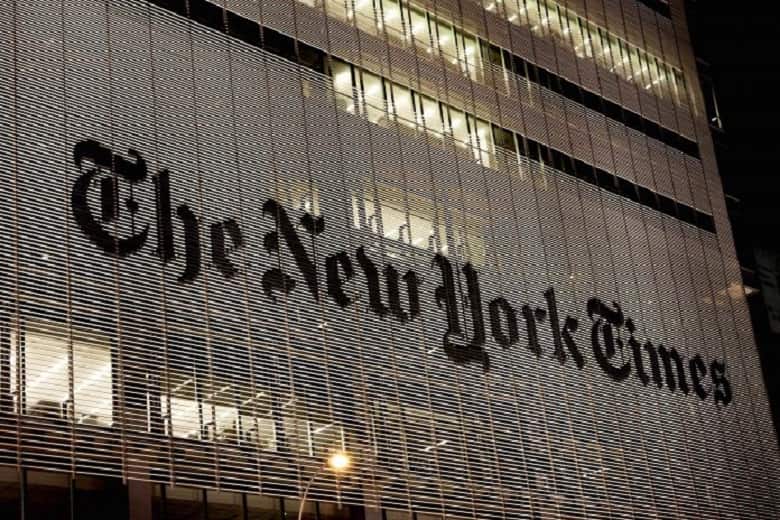 In the world, which we live a lot of misleading information is circulated across different digital platforms.  Trusting specific news is sometimes difficult in today’s tech world. Technology has provided various strong tools for bad actors to change the concept of the source, but the same technology also allows us to deal with fake news.

The New York Times has provided new information on its blockchain-based project, earlier the development news was informed in March by a crypto source.

The new project of NYT ‘News Provenance Project’ will make use of blockchain technology to battle over false news in the media.

The development announced Tuesday, says a website for the editors News Provenance Project briefs how Research and Development team of NYT considers using Hyperledger Fabric powered by blockchain to validate images related to the news. This is being done by partnering with IBM Garage program.

The objective of the project is to offer a solution that is greatly relevant to different publications. The website states as follows,

“News consumers [who] are deceived and confused…eventually become fatigued and apathetic to the news.”

The News Provenance Project will stress more on photographs as they are widely distributed across various digital platforms without any rules.

The project will start by observing a blockchain system mainly to store and exchange a set of information about media and emphasizes more on images and videos that are issued by news institutions. As graphic information processes over the internet, the information is usually at high risk of getting manipulated from its actual content. Starting from cropping or modifying to the designing of deepfakes, users could be confused by the manipulated content or misguided. The new project intends to fight this by creating “a set of signals that can travel with published media anywhere that material is displayed.”  This information is available on the website, also mentioned on the social media platform, in search results, and group chats.

Research and Development team of the NYT consists of journalists and tech-savvy enthusiasts who examine the scope of new technologies for journalism and R&D team is leading the NYT’s project. They are operating with Garage team of IBM so as to design a technical based proof-of-concept created on open-source blockchain structure ‘Hyperledger Fabric.’

The New York Times expects to reveal updates on its project across the process, with the final conclusion of the pilot.

More affirmation was received through the post of Vivian Schiller, CEO of Civil Media, was also associated with the NYT and also through a Medium post of Sasha Koren, the project head of the program.

The project is in its initial stage. The website reads:

“Our initial work involves exploring a blockchain-based system for recording and sharing metadata about media—images and videos particular—published by news organizations. We are also conducting user experience research to identify the types of signals that can aid users in recognizing authentic media.”

Juan Stewart has dual graduation degree in journalism and communication. He has always been interested in news writing and writes forex news-stories for our team. He is an avid traveller.
Previous Post $21 Million Raised Through Token Sale By Lending Platform RenrenBit
Next Post Market in Europe Open Higher on Optimism Surrounding Rate Cuts from the ECB