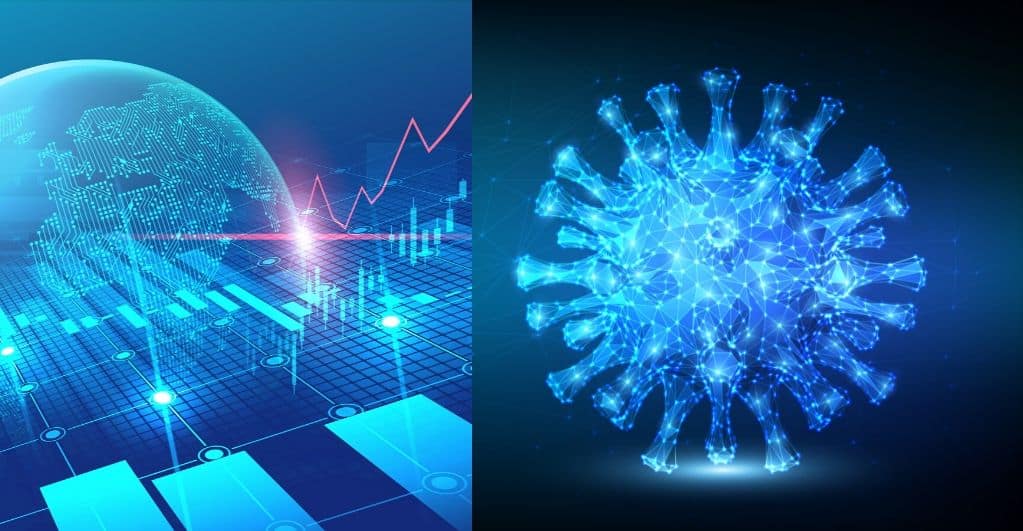 The People’s Republic of China is presently reeling under the plight of the deadly Coronavirus attack, which has shaken the country in the most unwanted manner. With death tools touching a whopping number, the disease has become a serious concern not just for China but for the world as a whole. At one place where the Chinese government is working tirelessly to provide the best medical tools and services for its citizens, the economic condition of the country is trembling at a fast pace.

In the era of globalization, economies around the world are connected to each other making one dependent on the other. Apart from the health concerns, Coronavirus has played a crucial role in crippling the global economy in a big way ever since its outbreak until today. The reports suggest that the world economy is likely to bear a loss of an expected $160 billion in the near future because of the Corona attack. The proliferation of the disease in the country has forced business entities, factories, logistics, warehouses, etc. to shut stop their operations. This halt has badly affected the working of entities across the world who are dependent directly or indirectly on the Chinese firms.

China has established itself as one of the strongest economies in the world, with its share of global economic output standing tall at a quadrupled mark of 17% since the 2003 SARS outbreak. It shines as the biggest market for cars and semiconductors, the biggest investor in international tourism, the leading exporter of merchandise and textiles, and is also the home to some of the biggest smartphone industries. As per Warwick McKibbin, an economics professor at Australian National University has claimed that the global economy is fast pacing towards an outbreak, which would be three or four times severe than the $40 billion hits from SARS.

With the number of deaths across the world, reaching more than 9,950, Corona is continuously spreading its wings at a fast speed. Wuhan, the Chinese province which first came under the deadly attack of Coronavirus, has been compelled to cut the strands from the global economy. The government was forced to extend the Lunar New Year holiday, which otherwise helps provinces to earn significant profits and revenues.

The danger, of course, is that if this continues and people have to stay home, you start having problems in terms of distribution, production,

Our priority is employees, and if the situation doesn’t correct itself quickly, we will probably remain closed for a while,

quoted Harmit J Singh, Chief Financial Officer, Levi Strauss & Co. Interestingly, the firm had to halt the operations of its newly launched store in Wuhan, an important manufacturing hub that is often addressed as the Chicago or Detroit of China. Leading firms like Starbucks Corp, Tesla, Rolls-Royce, Microsoft Corp are finding it difficult to predict when they will be able to run their operations in the usual routine in the future.

China being a major player in the IT sector, the outbreak is likely to affect the business of Microsoft, Apple, etc. in a big way. The outbreak has led to a major downfall in the business of small, local enterprises whose livelihood depends upon the confidence of their customers.

Some of our clients choose to wait and see and hold off from placing orders, due to concerns over the coronavirus. Thus we are likely to miss the peak season of sales to Europe in March,

The first-quarter gross domestic product growth of the country is likely to face a downfall with figures rolling at 4.5%, which in the last three months of 2019 stood at 6%. Hong Kong, Japan, and South Korea are likely to face the most severe impacts of the crippling Chinese economy. Also, the awful conditions prevailing in the country might force the firms to shift their business operations to the U.S and Mexico.

Though the impact of the infectious Coronavirus attack on the global economy is yet to be determined, it is quite evident that the loss is severe and is likely to take a long time for the ultimate recovery.

Jackie Showalter is a news editor at forexnews.live. He has 10 years of experience as an editor with the foremost Forex trading firms. He has a keen interest in financial news and loves editing finance news with his innovative ideas and knowledge.
Previous Post Binance Enters Into an Alliance With the Turkish Bank
Next Post Blockchain Educational Event to Be Held in Peru